I’m a Boston-based musician who plays all kinds of Jazz and improvised music. I grew up in the New York City area (New Jersey) and moved to Boston in 1970. I attended Berklee and have performed around New England ever since.

Music is an avocation for me. I was called early, and I play every day. I get up in the morning and make coffee, feed my cats and pick up an instrument. My practice routine is really a series of meditations. I don’t practice, I play. I learned a long time ago that the word play meant exactly that. For me, it isn’t work; it is simply the joy of playing.   Improvisation requires that you be in the moment, fully present and an open vessel. Performance challenges me to bring that state of being into the public space.

I currently play in a number of groups.  My band Muse Stew has been together since 1990 and performs my original compositions as well as arrangements of tunes I like. There are two Muse Stew CDs: Crossings, recorded in 1996 and Muse Stew Live at The Zeitgeist Gallery, recorded in 2004. Muse Stew performs regularly.

I’m also a member of the Sounds of Swing Orchestra which is a 16-piece big band. I’ve been holding down the bass chair for 35 years. In the 80s and 90s, we had lots of work playing “society” gigs at the Copley Plaza, Parker House, Harvard Club, etc. We played lots of weddings and annual gigs at the Marblehead Yacht Club.  As the DJ thing emerged, wedding gigs became scarce. We’ve transitioned from being a working band to becoming a rehearsal band over the years and only occasionally play in public. The band is my extended family. Many of the best musicians in the Boston area play in the group, and we’ve got several composers and arrangers, enabling us to have original charts and a huge library that grows all the time.

I also enjoy performing free improvised jazz whenever possible. Recent performances have included a concert of free jazz and poetry at the Arlington Center for the Arts (ACA) this past January, a Muse Stew concert also at ACA this past May, and a couple of performances with Avant Unguarded at the LilyPad in Cambridge in June and July.

In addition to performing and producing shows, I’m a long-time member of Sustainable Arlington and a member of the Arlington Cultural Council. I’m an arts and climate activist who is trying to work to maintain our humanity, dignity and create a sustainable and humane future. All forms of Art are all about self-expression and empowerment. That’s why we artists are so dangerous and scary.

I am, therefore I play music! 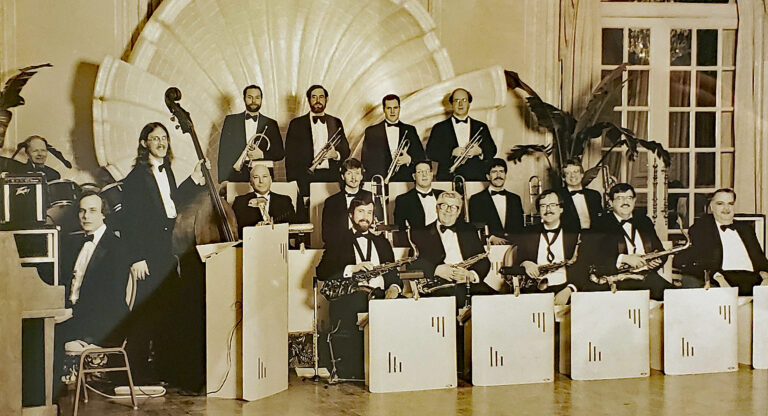 Playing with the Sounds of Swing Orchestra

“Explorations: A Night of Free Jazz Improvisation and Poetry,” hosted by Eulipia Jazz and the ACA. 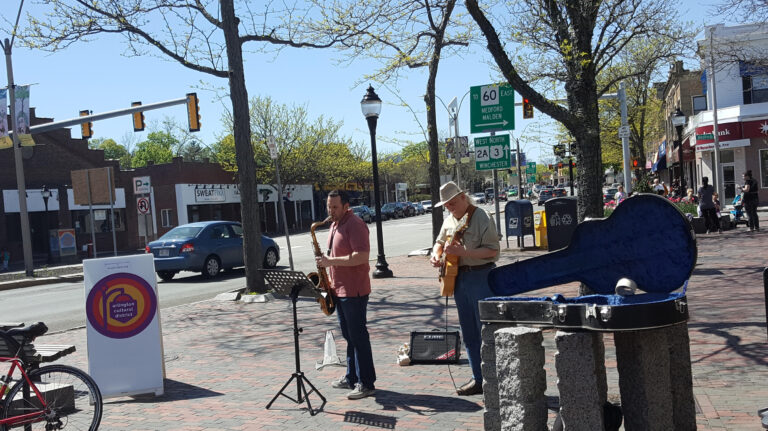 This performance was part of the new Live Arts Arlington project, a partnership with ACAC and artists designed to encourage public performance and creation in the Town.