Meet Margaret, Master Puppeteer with over 30 years’ experience creating hand puppets and writing shows for all ages. ACAC is proud to highlight Margaret and her valuable contribution to the Arlington arts community! Margaret is a member of ArtLinks Arlington, the networking organization for artists in Arlington and surrounding communities. 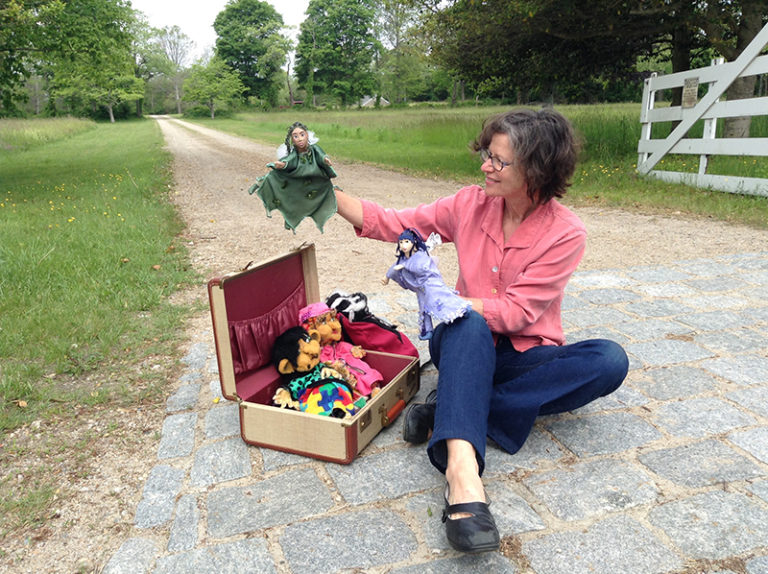 One suitcase, many characters

One suitcase, many characters

I am a hand puppeteer, performing in libraries, preschools, community centers and at parties. Usually you see just a flash of me behind the stage, but I’m starting to appear in front of the stage, too.

After our 1987 debut at the Manhattan Children’s Museum, Madeleine and I toured schools with episodes of the Chinese epic “Journey to the West” featuring the Monkey King and his magical partners, the rowdy pig Ju Ba-Jye and monk Tang San-Dzang. My favorite role was the Monkey King, who is mischievous, impatient, and yet able to outsmart both demons and bureaucrats.

1987 is not a typo! I’ve spent more than 30 years with puppets on my hands. Because traveling to meet Madeleine in New Jersey was hard when we both had small children, I started performing solo shows as well as our two-person repertoire. Arlington artist Sandra Pastrana helped me create fairies that fit the hand as Taiwanese Bu Dai Xi puppets do.  The fairy puppets can fly through the air, just as I think fairies should.

My puppet shows are increasingly aimed at young children. There are more chances to perform for those 5 and under than for children of school age. For many years, I felt that preschool stories were too simple to be interesting. I don’t think that anymore.

My newest show is “Taking Turns,” which features pigs, dogs and bunnies. Sandra and I used needle-felting techniques to make animal puppets. We took big balls of wool and punched them with needles to create little pigs and dogs. I find that their fuzzy surfaces appeal to young children more than the painted faces of our Sculpey puppets.

Although the show opened in August I am still spending many hours each week refining the way I portray the characters. The hardest thing is to slow down, let a puppet “breath” between steps, and wait for the character to form its thoughts before I speak for it. Often, I ask friends to watch and advise. Jacek Zuzanski of Dream Tale Puppets and retired “puppet diva” Suzanne Pemsler have been terrific coaches.

This past summer, Li Tien-lu’s great-grandsons performed traditional Bu Dai Xi in Massachusetts and in New York City. I felt like my puppetry family had come to visit. Their shows were funny and beautiful, continuing Master Li’s legacy. In my small way, I hope to do that, too. 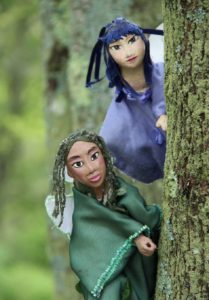 Dewdrop and Blossom, who appear in two fairy stories I perform. 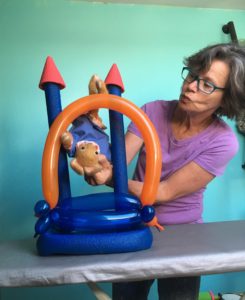 The tricky part was teaching puppets to bounce. 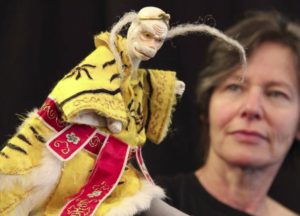 The Monkey King, a favorite role 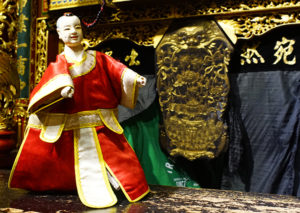 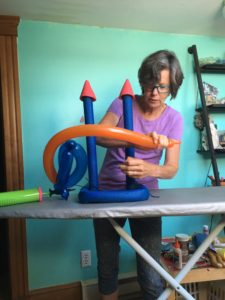 For "Taking Turns," I made a bouncy house with balloons.

Are you a local artist? If you would like to join other artists of all disciplines for support, mentoring, and camaraderie, please reach out to ArtLinks Arlington!